You are here: News | The Biggest Game of Football is Back: Super Bowl LIV!

The Biggest Game of Football is Back: Super Bowl LIV!

Super Bowl LIV will be on this Sunday, February 2nd at 6:30 pm ET

This year, the Super Bowl is in Miami at the Hard Rock Stadium (home of the Dolphins NFL Team) and we have the San Francisco 49rs battling the Kansas City Chiefs for the coveted Vince Lombardi Trophy.

Whether you love and follow this sport regularly or you are one of those that when you hear the word "Football" you immediately think of the Soccer-kind ... Super Bowl Sunday is still as quintessential USA as it gets!

So, if you are visiting NYC or somewhere else in the States, make sure to tune in and enjoy the Show.


Some Things go beyond the Game --

HOW & WHERE TO WATCH THE GAME IN NYC

If you are visiting friends and/or family, maybe they are organizing a Game Party! After all, it is pretty common to throw house parties to watch the game altogether while drinking and munching on!

Alternatively, you can rest assured that any restaurant/bar with a TV will be showing the game this Sunday.

However, if you are looking for a party here in NYC, here below some options.


THE GAME FROM A ROOFTOP


Are you interested in watching the game while enjoying some panoramic views? We have a couple of recommendations for you --

1) Are you in Midtown? Check out the Monarch Rooftop, an all-glass bar with incredible views over the Empire State Building and 5 giant projectors. They are charging a cover of $25 per person to be admitted.
Where: 71 W 35th St, New York, NY

2) Are you in the Meatpacking area? Go check PHD Downtown. They will throw their annual Big Game Party on their Rooftop called "PHD Lounge". Doors open at 5:30 pm and there are offering different Tiers for the admission tickets. The cheapest option will run you $30 per person including a 1-hour open bar from 5:30 to 6:30 pm. Must be 21+ to enter with a valid ID.
Where: 355 W 16th Street, New York, NY


OTHER BARS AROUND THE CITY

Want to join a party but you rather keep it at the Bar?

1) Houston Hall & Beer Garden will have TWO 12-foot screens playing the game and it's offering a $10 cover with included unlimited wings from 6:00pm. It's a big and open space, highly recommended if you love beers and are looking for something more casual.
Where: 222 W Houston St, New York, NY

2) FLATIRON HALL is basically the same thing at the Houston Hall Beer Garden. They also offer the $10 cover with unlimited wings. It's just a different location, in the heart of the Flat Iron District.
Where: 38 W. 26th Street, New York, NY

There is only ONE bar for you -- Finnerty's! It's the home-base of all San Francisco 49ers fans in the city. Located right in the East Village, Finnerty's is a classic New York Pub with lots of Beers on tap and drinks. The only catch is that they are charging $100 to be admitted as they usually have huge lines for big games.
Where: 221 2nd Ave, New York, NY

There isn't an exact equivalent of Finnerty's for you, however, a popular spot for Chiefs fans in the city is John Brown Smokehouse in Long Island City (Queens). Here you will find fellow Chiefs supporters and a delicious KC-style Barbeque!
Where: 10-43 44th Dr, Long Island City, NY 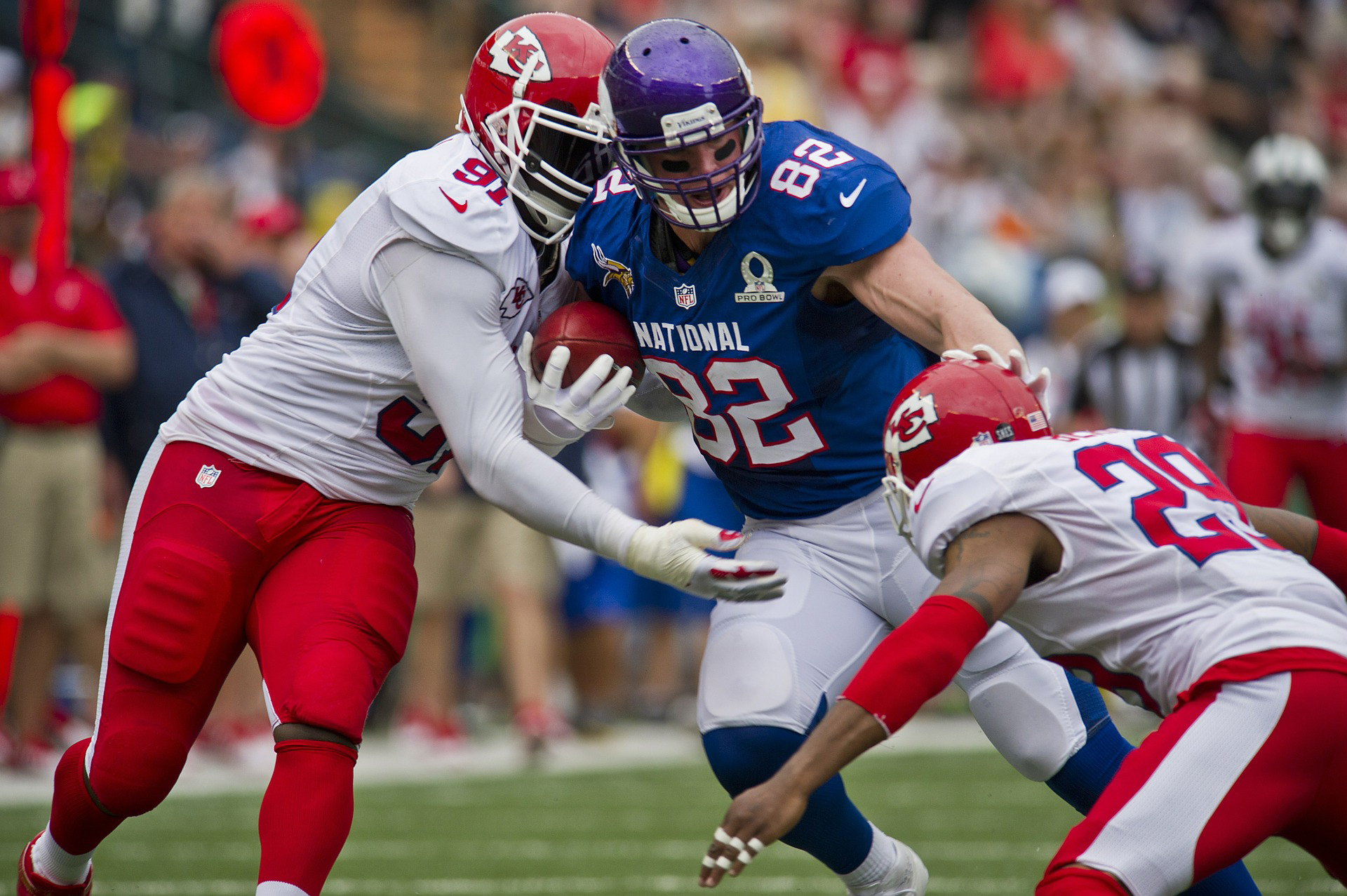 NEIGHBORHOODS AROUND THE CITY WITH LOTS OF PUBS

If you are just walking around the city, you will have many local bars and pubs around these areas: They will for sure show the game ... you can just walk in, seat at the bar and enjoy the show!


WE HOPE YOUR FAVORITE TEAM WINS!