Main Menu
You are here: What to see | Monuments & Attractions | Grand Central Terminal

The Grand Central Terminal was created by the vision of the great tycoon Cornelius Vanderbilt in 1869. Through audacious financial maneuvers, he had managed to take over all the railway lines in New York at which point he had only to build a train station to complete his total domination of the NY rail system. The first station was built between 1869 and 1871 to a design by John B. Snook. It occupied the whole area from Fourth Avenue (now Park Ave) and 42nd Street and was called Grand Central Depot.

Already in 1903, there was the need to enlarge the station and the two architects Reed and Stem won the competition for the design of the new station. The other large architect company Warren & Wetmore joined the project immediately after.

The station now covers three city blocks, from 42nd to 45th Street between Vanderbilt and Madison Ave and remains the largest station in the world by number of tracks and tunnels. Over 100 tracks and 44 tunnels serve over 750,000 commuters every day!
The area surrounding Grand Central Station is called -- Vanderbilt territory.

Cornelius Vanderbilt (1794-1877) of Dutch origins, created his maritime and railway empire from scratch during the 19th century making him one of the richest men in the world at that time. The Vanderbilt family dominated during the legendary Gilded Age, the descendants of Cornelius were amongst the most important merchants and patrons of American life in the US and around the world and used their wealth to build magnificent palaces.

View on the Grand Central Terminal

You will enjoy the best view of the facade from Park Ave. Three large arched windows framed by columns reminiscent of triumphal arches of ancient cities. Jules-Félix Coutan created the group of sculptures surrounding the clock, a great example of Tiffany glass, placed above the windows and surrounded by three sculptures depicting Hercules (physical energy), Mercury (trade), and Minerva (intellectual energy).

Under the clock stands the bronze depicting Cornelius Vanderbilt. The atrium, beautifully restored in 1994, remains of incredible beauty. In the center, above the information office, we find the famous four-sided clock, immortalized in many films, each of the faces in opal, estimated to be worth over 20 million dollars. Behind the Main Waiting Room is the famous Main Concourse where you can admire the vaulted ceiling, decorated with the zodiacal constellations, designed by Whitney Warren, Paul Helleu, and Charles Basing. 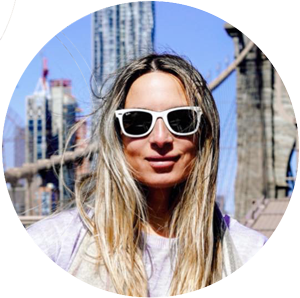 With the Tour you will have the opportunity to take a guided tour around the places that have become worldwide famous and depicted in countless movies and fables::

The Restaurants inside Grand Central

On the lower floor - see map Lower Level Dining Concourse - you can find everything for a quick but good lunch with the opportunity to sit down at one of the open tables. Here you will also find the famous:
Grand Central Oyster Bar & Restaurant. It is the most famous eatery within Grand Central and also the oldest ... oysters and wine, please!!!
Amongst the many spots, I'd like to point out:

To access the Dining Concourse:
From the large stairs in the main lobby found on the east and west sides.
Via the Oyster Bar Ramp accessible via the entrances at 105 E. 42 St and 87 E. 42 St (at Vanderbilt Ave)
Taking the elevators located near Track 30 and Track 23 and going down to level L (lower level)
Via the staircase in the Graybar passage in front of Track 11.

If you want an internationally recognized restaurant, here you find -- Cipriani Dolci. It is located on the Balcony Level and it's part of the Cipriani empire with their typical Northern-Italian cuisine.
Agern -- a Michelin star restaurant sporting seasonal ingredients from the New York state region.
Campbell Bar -- is an iconic New York institution in a completely restored environment that has brought it back to its original splendor. It serves classic and modern cocktails, wines, and craft beers accompanied by a menu, soups, salads, and sandwiches. It is located on the Balcony Level, i.e. on the upper floor (entrance at 15 Vanderbilt Avenue or from the elevator on the Oyster Bar Ramp)..

How many times has Grand Central Terminal been chosen as a film set? The central atrium with the ceiling decorated with the constellations, the golden clock in the center placed above the information kiosk, the windows that reflect the colored lights, and the marble staircases ... many famous directors have chosen the terminal, we see some famous movies: Just to name a few!

Statue of Liberty and Ellis Island
From 75.00 USD

Skyline Views from Hoboken
From 75.00 USD

The Sightseeing FLEX PASS
From 74.00 USD
We are your local Tour Agency in New York City