Main Menu
Private Walking Tours ™ | The East Side at Sunset

Sunset on the East Side: Dumbo - Williamsburg – LIC with Ferry at Sunset

Private Walking Tours ™ | The East Side at Sunset
Sunset on the East Side: Dumbo - Williamsburg – LIC with Ferry at Sunset

A private tour for all skyline lovers. Come and enjoy the best of the East Side escorted by your local tour guide while hopping on and off the NYC Water Taxi. The historic Brooklyn Bridge as seen from Dumbo, the trendy and artsy neighborhood of Williamsburg, some of the best views of Midtown Manhattan from Long Island City ... all this, and more, awaits you during this tour!

What to Visit on The East Side: Dumbo, Williamsburg and LIC

We leave from Pier 11 down on Wall Street to go up the East River aboard the East River Ferry, visiting DUMBO, Brooklyn's fashionable neighborhood, where we will get great views of the Financial District and the famous Brooklyn Bridge. Later, we will proceed North to Williamsburg for a tour dedicated to the main Hipster neighborhood, the nonconformists and extravagant area of the New York which in as little as 10 years has become one of the most fashionable and alternative neighborhoods of the city and where the cost of homes has increased by 500%.

Famous for the many bars, restaurants, and clubs, with trendy young and alternative stores, Williamsburg is the center of NYC hipster life. On the way to Manhattan, we will first stop in Long Island City (LIC) with the famous Pepsi-Cola symbol to enjoy stunning views of Midtown East at Sunset. The tour ends right at the LIC park, and you can either ride the Water Taxi back to Wall Street or Midtown East (34th Street Pier) or you can hop on the Subway, Line 7, that will take you to Grand Central and Times Square. The tour ends in Long Island City.

Highlights of The East Side at Sunset

3-Hour Private Walking Tour
We use the Ferry (a Water Taxi) to Discover the East River
Professional Local Guide
The trendy Neighborhoods of Dumbo and Williamsburg
Panoramas, Skyline, and Sunset Views

Over the past 15 years, Williamsburg has been rapidly transformed and continues to do so to become a dynamic urban scene. Even though Starbucks (albeit the posh Reserve Store) has landed here too, the area remains the neighborhood known for its counter-tendencies, the "Do It Yourselfers" and creative people. Small pastry shops & cafes to meet with friends, a plethora of eclectic restaurants offering different cuisines, trendy shops for glamorous fashion, art galleries filled with local artists, venues for live music, small & big street flea markets, and more ... Get all the latest trends by your guide.

Let's start by saying that Dumbo has nothing to do with the young Disney elephant but is an acronym for Down Under the Manhattan Bridge Overpass. Until a few decades ago, it was an abandoned neighborhood, a former manufacturing district, where a handful of artists had decided to establish their lofty studios, and 30 years ago Sergio Leone filmed one of the most beautiful scenes of the movie "Once upon a time in America." Now, Dumbo has changed and we're going to see just how much it has changed during the Tour. As we are touring Dumbo, we will visit some of its most iconic attractions including the new-ish Time Out Market Terrace for incredible views of the waterfront.

Some of the views include –
To move north up the East Rider towards our next stop, we will use one of the NYC Ferries, by far one of the best ways to get around town while enjoying the view. The ride will last probably 8 to 14 minutes tops but the view is incredible and will forever live in your camera! 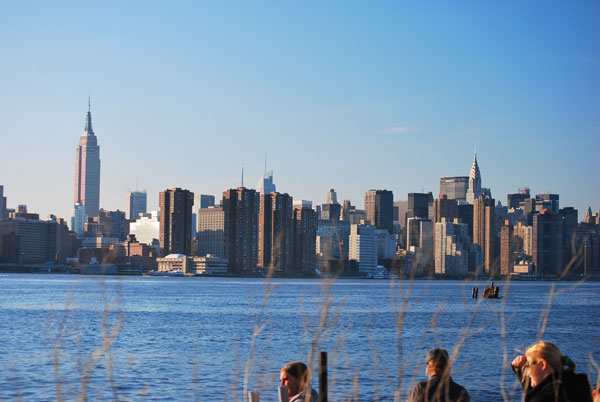 If Long Island City (LIC) once was above all the center of the NYC-based Entertainment Industry housing major movie & tv productions, it has become one of New York's most vibrant and modern residential neighborhoods. The 19th-century industrial buildings have been transformed into galleries, museums, artists’ studios and restaurants are growing more and more in number alongside shops and boutiques. The waterfront has been transformed into a collection of ultra-chic glass sky-rises offering a plethora of luxury amenities from rooftop pools and gyms to libraries, clubs, and nurseries only accessible by its residents. LIC might also be a great choice for Hotels since many open in recent years, and with only one train stop, line 7, away from Grand Central Terminal and Water Taxi, this area has become increasingly accessible even to visitors. Last but not least, you have some of the best views over the Manhattan skyline and the famous Pepsi-Cola sign. 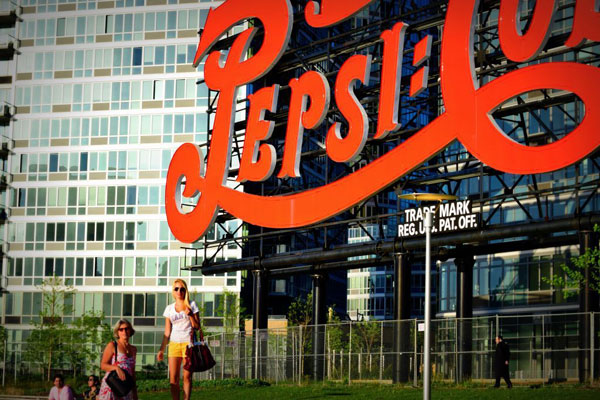 NOTES: Water Taxi tickets are not included in the price. The cost for each ride is $2.75. During the tour, we will take 2 to 3 rides for a total of $5.5 to 8.25 per person – If you want to return to Manhattan by water taxi at the end of the tour, you will need an additional ticket for $2.75.

If you are passionate about photos and videos you will have unique opportunities to capture the skyline at sunset immortalizing the views of the three bridges of the East River: Brooklyn, Manhattan, Williamsburg (aka BMW,) and everything your guide will bring to your attention.

The Sunset on the East Side Walking Tour departs from Downtown Manhattan, Pier 11. There are a few subway stops in the vicinity you can choose from depending on the subway line you will ride - the "Wall Street / William Street" (2,3 red line,) "Fulton Street/WTC" (2,3 red line + A, C, E blue line + 4, 5 green line + J, Z brown line + R, W yellow line) and "South Ferry / Whitehall Street" (1 red line + R, W yellow line.) For those that prefer traveling by water, the closest Water Taxi Stop will be Pier 11 (all lines available.) Lastly, you may also reach the departure point by Taxi/Uber/Lyft by providing the complete address –Pier 11, 44 South St, New York, NY 10005.

From $56.25
Secure Checkout + Pay Later Option*
We are your local Tour Agency in New York City