You are here: Private Walking Tours | Walking on 42nd Street

Easy cancellation
100% Penalty (not refundable) for cancellations received 7 days or less from the date of service.
Tour Type
Private
From USD
$ 160.00 Check Availability
BOOK NOW
&
PAY LATER (Secure Payments
No Hidden Fee)
With this 2-hour walk, we will cross Manhattan East to West from the United Nations Building to Times Square admiring Tudor City, an elevated and secluded residential neighborhood, until we reach the hustle and bustle of Times Square while discovering some of New York's most incredible buildings.

What We find walking on 42nd Street from East to West

During the 42nd Street Tour, we will discover New York's History through its most important buildings including Grand Central Terminal. The historic train terminal celebrated its 100th anniversary in 2012, and we'll explore some of its secrets. Included in the tour, a visit to the New York Public Library, the beautiful Fifth Avenue Library to admire the majestic Main Reading Room. In Times Square, considered the crossroad of the world, we find the famous One Times Square, where we can see the New Year's Ball right at the top, but the square is also famous for its lights and billboards ... those gigantic LED billboards that generate far beyond $23 million a year in revenue. But there is more, it was not so long ago when this Square was "famous" for other sorts of lights ... Would you believe it was the red-light neighborhood of New York City?

2-hour Walk along 42nd Street
Professional English-speaking guide
Chrysler (only from the outside), Tudor City, United Nations Building
Bryant Park, The New York Public Library (if open, and time permits, also inside)
Grand Central Terminal (inside the tour of the Best-Kept Secrets)
Times Square
The Guide will tell you anecdotes and secrets of this incredible metropolis; you will be able to photograph and take videos of the historic buildings of Midtown-Manhattan. It will be a walk between the old and the new while getting some good advice from someone that lives here including where to eat well without breaking your bank, what are the venues to go-to for good music and much more ...


Tudor City and the Glass Palace

We start our walk in Midtown East between First and Second Avenue to discover the Neo-Gothic neighborhood of Tudor City where the first residential skyscraper was erected in 1932. North of Tudor City, right where the United Nations Building was built in 1950, we have Turtle Bay a former small East River Bay that later became a slaughterhouse district before becoming one of the most coveted residential neighborhoods of all NYC! 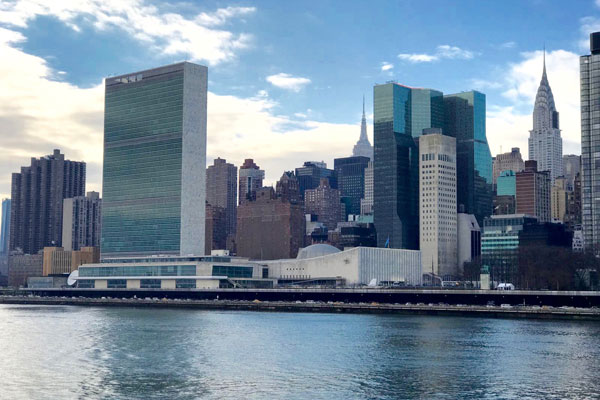 Grand Central Terminal and its Secrets

To find the famous train station, Grand Central Terminal, we keep walking on 42nd Street to the corner with Lexington Avenue. Here, we are still in Midtown East. The Terminal is the largest station in the world with 44 platforms and 67 active tracks. Famous for restaurants, shops, and the food market, it’s the center of many interesting secrets to discover along with your guide. 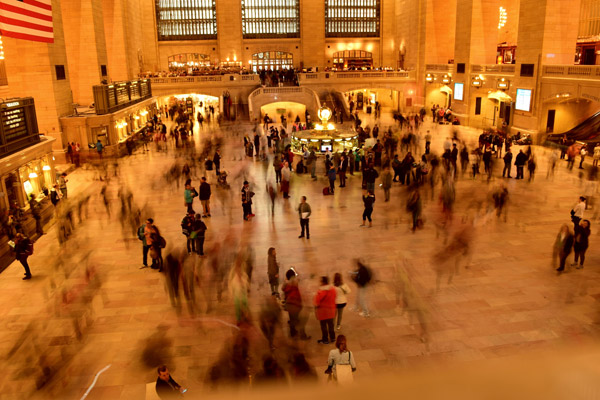 The New York Public Library system has 87 locations throughout New York and is the second largest US library system, the first being the Library of Congress in Washington DC. The main, and historic building is on Fifth Avenue between 42nd and 40th Street. It is truly impressive with its marble entrance and expansive interiors, definitely worth a visit & the entrance is free.

Behind the library, we find one of the most visited parks by both New Yorkers and tourists: Bryant Park hosting seasonal markets, Holidays events, concerts, and other annual events such as the ice skating rink in winter and the summer open-air movie theater. A perfect stop for anybody that wants to take a break, drink a coffee, or have a quick lunch.


Walking a few block west, we come to Times Square, the theaters, the shows, the stores, the crossroad of the world .... but how many secrets this square has!!!

HOW MUCH & WHAT'S INCLUDED

Activity Schedule
What is included
What is NOT included
Additional Info

Customers Who Liked This Tour May Be Interested in

WEATHER NOTICE: All Walking Tours are performed rain or shine, please check the weather and dress appropriately. It is at the discretion of the operator in case of extreme weather conditions or for reasons of force majeure to decide to cancel the tour or to postpone it to a later date. If the alternative date is not conducive to the customer, the tour will be refunded completely.
Please note that all venues included in the tour description, including, but not limited to, restaurants, attractions, and museums may change without prior notice in the case of impediments imposed (closing roads for events, weather ect.)