Main Menu
You are here: What to see | Parks | The High Line Park

The Urban Park On The Former Elevated Freight Railroad

What to know about High Line Park in New York

The High Line is a former elevated freight railroad spur called the West Side Line, which runs for 1 mile along the lower west side of Manhattan, from Gansevoort Street, one block below West 12th Street, in the Meatpacking District, up to 30th Street, through the neighborhood of Chelsea. The "recycling" of the railway into an urban park has spurred real estate development in the neighborhoods which lie along the line. 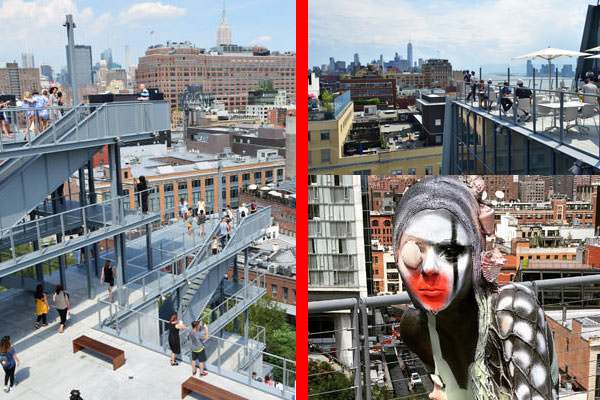 In 2004, the New York City government approved a 50 million dollars resolution to begin construction of the park, and in 2006, after all permits were approved, Mayor M. Bloomberg chaired a ceremony that marked the start of construction. In 2009, the first half of the park was opened to the public (up to 20th Street) and in the Summer of 2010 the second half (up to 30th street) of the park opened up.

Today, the High-Line is considered one of the most unique urban parks in the country and has inspired other cities such as Chicago, Philadelphia and St Luis to convert old and abandoned urban railway lines into parks rather than demolish them.

The park is open every day from 07:00 am to 10:00 pm. More access points are available along the park, and is fully accessible to the disabled. For more information visit: High Line.

The new opening of the Whitney Museum, the Museum of Contemporary American Art, is another reason to visit the Meatpacking District. Work by the Italian architect Renzo Piano. Exhibitions dedicated to modern American art, but not only. Large open spaces.

Map - Entrances to The High Line & Video of the Surroundings