Main Menu
You are here: Around NYC with Irene | The Best Tourist Attractions That Locals Love 2/4

This is part 2 of our compilation with some of our favorite iconic tourist attractions. (See Part 1/4).
Take a virtual walk looking at the unique Chrysler building, enjoy the boardwalk and the amusement park at Coney Island; Ellis Island, a historic landmark in the middle of Hudson Bay; and the iconic Empire State Building. More: you will get to know the top secret stories of the Chrysler Building and the Empire State Building. Enjoy and have fun. Click here to read part 1, part 3.

Triangle-shaped windows in its crown are lined with lights, creating a beautiful nighttime effect. The giant eagles on its crown are replicas of ones added to Chrysler automobiles in the 1920s.

During a time of competition among industrial corporate titans and an evolving landscape in architecture, Walter P. Chrysler guided the design and construction of one of the most stunning buildings in the NYC skyline. This story gives access to a Chrysler experience that connects the style of the era as well as the lifestyle of Walter P. Chrysler. The story of the Chrysler Building offers insights into the family legacy that Walter P. Chrysler desired to leave. 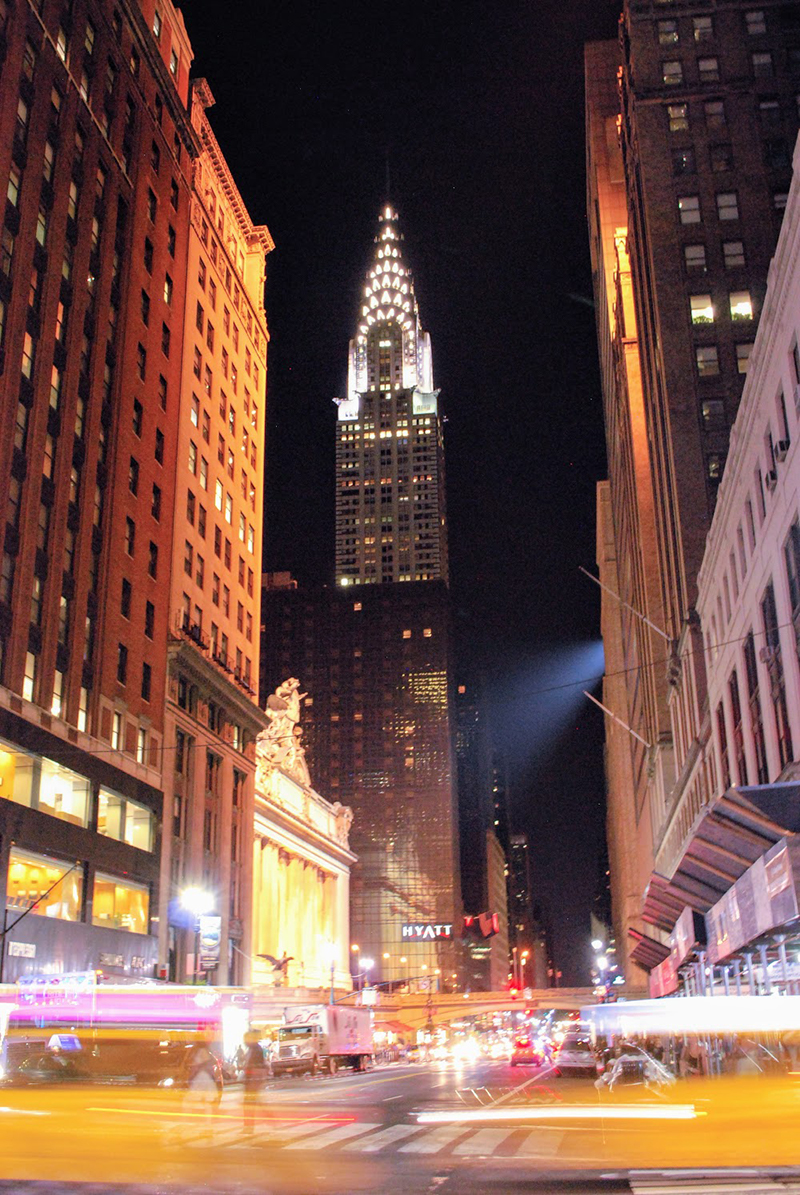 It also recognizes the significance of the building as a symbol of unique art deco American architecture that has captured the attention of designers, architects, tourists, entrepreneurs and others who appreciate the art deco effects that only welded steel and gargoyles against a setting of ornate murals and intricate designs can convey. The Chrysler Building was completed on May 28th, 1930. The Building was designed by architect William Van Alen, but it really was industrialist Walter P. Chrysler that pushed the building to what it became. Chrysler saw an opportunity for the area to grow substantially, but mainly he wanted the building to be a personal monument to himself.

The Chrysler Building is an example of a building caught up in the quest to become the tallest in the world, which it obtained briefly for 11 months before it was surpassed by the Empire State Building. But because of its iconic and beautiful design, the height of the building never really mattered. A classic example of Art Deco architecture, the Chrysler Building is considered by many contemporary architects to be one of the finest buildings in the world. 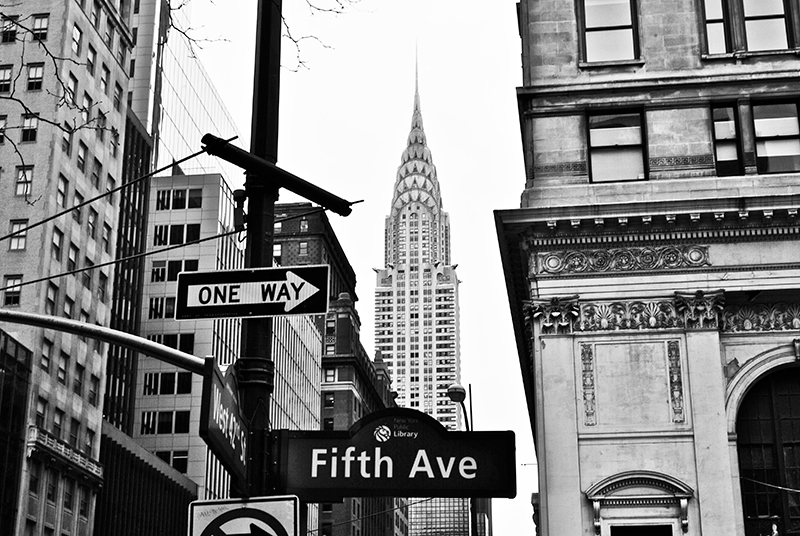 In 2005, New York's Skyscraper Museum asked one hundred architects, builders, critics, engineers and historians to choose their 10 favorite New York towers. The Chrysler Building came in first place with 90% of people ranking it #1.

When you arrive at Ellis Island, you feel like you get back to the days when the first immigrants arrived in the USA. You can trace the history of U.S. immigration with a visit to the three floors of objects, photos and interactive displays housed on the famous island next door to Lady Liberty itself. 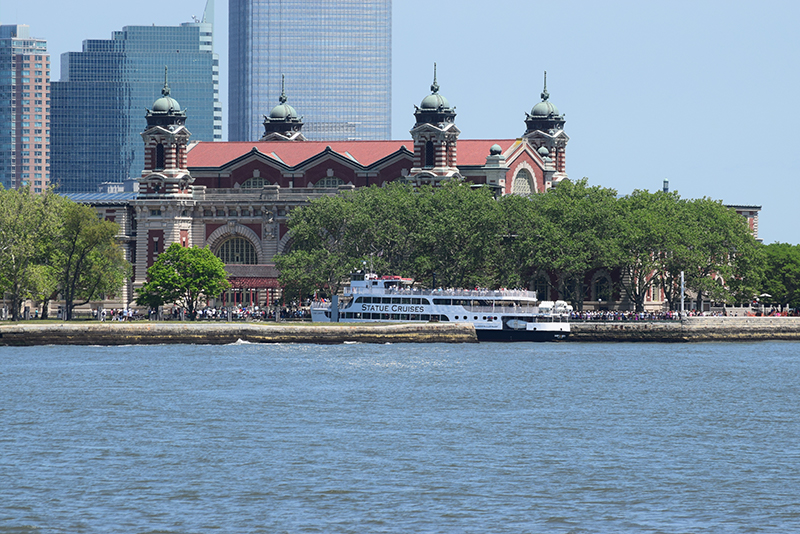 The exhibitions are a moving tribute to the people from so many countries, who made the journey to the United States of America filled with dreams for a better life. You can find highly informative audio tour in 9 languages. The novelty is a children's audio narrated by animal characters, available in five languages.

You can check out info about Ellis Island here.

The Empire State Building was built in 1931. Under the direction of architects Shreve, Lamb & Harmon, the framework rises four and a half stories per week. On March 17, 1930, the construction begins. On May 1, 1931, President Hoover presses a button in Washington, D.C. officially opening and turning on the Empire State Building's lights. 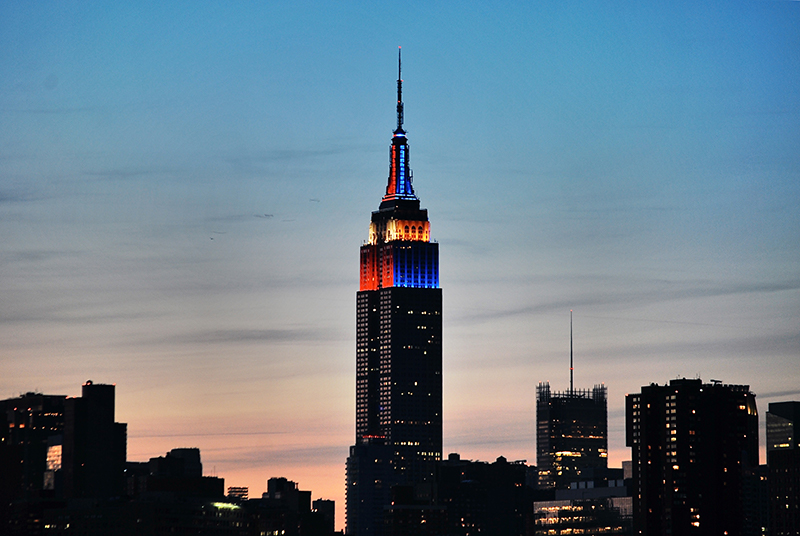 It took only one year and 45 days to build, or more than seven million man-hours. The famous iconic building played a role in films such as King Kong, An Affair to Remember and Sleepless in Seattle.

The building is open every day from 8 a.m. to 2 a.m. From the 86th-floor observatory, you have breath-taking views of all boroughs of New York. For more info see our page on Empire State Building.

If there is a place that changes dramatically during Summertime is Coney Island! The usually deserted Beach area where NY residents seldom would go for leisurely and peaceful off-season walks by the water, comes to a new life starting late April to late September.

On a July Friday, the Luna Park is bustling with kids, families, couples and groups of friends. New Yorkers from all 5 boroughs will reach this popular Summer Destination to enjoy the different rides, eat cotton candy, check-out the street-arts and watch the Fireworks!

Yes, every Friday Night in July and August, Coney Island offers Free Beach / Boardwalk Fireworks at 9:30 pm. You can decide to line-up on the Boardwalk, maybe while enjoying a Nathan's Hot Dog, or perhaps you are right on the beach with your chair and a cool drink in your hand.

If you are looking to just catch the Fireworks and some Fun, I would recommend arriving in Coney Island around 4 or 5 pm that way you will have plenty of time to enjoy the Rides, eat at one of the popular local eatery and then catch the Free Fireworks.

Instead, if you want to make a date out of it, you can easily spend a whole day in Coney Island and don't get bored, between the Beach, the Aquarium, the Rides, the local Eateries and the Coney Island Museum, there is plenty to do to fill your day till 9:30pm. One thing I recommend is bringing plenty of Sunscreen for the day (it gets hot) and something to wear at night because it can get surprisingly chilly after sundown by the beach!

Whether you decide to spend just your evening, or a full day, don't miss Coney Island on a Summer Night and her Friday Night Lights! Visiting Coney Island? Then, no visit is complete without a ride on the Coney Island Cyclone, a fixture since 1927 that has spawned seven clones around the world. It was even declared a city landmark in 1988 and a National Historic Landmark in 1991

Save money and time: get your Explorer Pass to access attractions, tours, and activities at a reduced price now

Why stop in New York if you can hop on a ferry to New Jersey or take the train to the beautiful Hudson Valley or Coney Island or reach the famous Hamptons beaches?
If you want a personalized program, write us.