Main Menu
You are here: Events | Halloween in New York

Halloween in New York: What to do and how to celebrate

New York City begins to decorate itself with witches, spider-webs, skeletons, pumpkins, hay and more. In the neighborhoods of the West Village as in the two Upper Sides (East & West) private homes put out pumpkins, skulls, and even real-looking cemeteries with skeletons, headstones, witches ... and children begin to go from house to house for the famous Trick or Treating. The most important event is certainly the Parade held on October 31st, but there are also other events you can take part in to celebrate Halloween, let's see the most important ones.

The Halloween Parade on October 31st 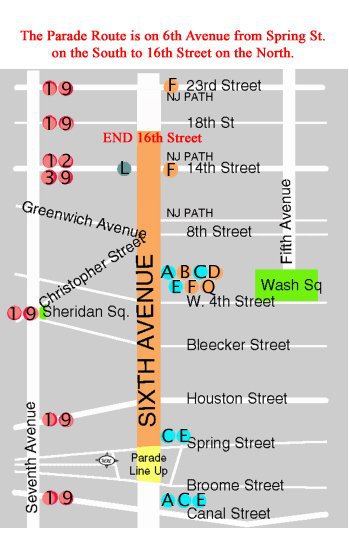 The Halloween Parade is one of the most popular parades in NYC and as always high participation is expected. Over 50,000 are the people who generally parade on Sixth Avenue for Halloween.

We remind you that participation is free to all but only those dressed can march along the parade. To simply watch the parade, there are approx. 2 million people ... you can see the craziest costumes and numerous bands and dancers who create extravagant shows all along 6th Ave.

The parade begins at 7:00 pm, the entrance is on Sixth Avenue between Canal Street and Spring Street. The Parade heads north along Sixth Avenue to 16th Street. See the Map.

If you are thinking of attending the parade with friends try to meet up first, do not make an appointment at the start ... it's impossible to find others among so many people.

If you are with younger children, we advise you to participate in the neighborhood parties, certainly more suitable for the young ones, where you can have fun with the famous Trick or Treating.

Traveling to New York? 3 Articles not to be missed

The Big Apple in 7 Days!

Tips for Your Next Trip to New York City

Categories: What to see - Itineraries

How to Visit Popular New York Museums for Free

Do you want to come with us? Halloween in New York - The Great Jack O’Lantern Blaze


Let's see what to do in New York for Halloween

For children, the parties start as early as the first weekend of October and are all free, if you are on a family vacation during this month, here's where to find the complete list of FREE EVENTS FOR KIDS

These instead are the most beautiful events that we recommend:


For this year's dates, stay updated with our News..


Concerts and parties in New York for Halloween


Especially if you are 21+, all major NYC Night Clubs will have some Halloween Party and Halloween-Themed Nights druing the month of October.