How to Celebrate & Watch the Parade

Saint Patrick’s Day is traditionally celebrated as religious holiday in Ireland (and in all countries that have an Irish community) on March 17th. New York's first Saint Patrick's Day observance was held on 17 March 1762 in the home of John Marshall, an Irish Protestant. The first recorded parade in New York was by Irish soldiers in the British Army in 1766. Irish patriotism in New York City continued to soar and the parade in New York City continued to grow. Irish aid societies were created and they marched in the parades too. Finally when many of these aid societies joined forces in 1848 the parade became not only the largest parade in the United States but one of the largest in the world.

The Saint Patrick's Parade, as every year, starts at 44th Street and proceeds along Fifth Avenue up to 79th Street; the parade starts at 11:00. Position yourself on Fifth Avenue in the Upper East Side, above 65th, so you'll leave the large initial crowd and blend into the residents and experience the New York party! 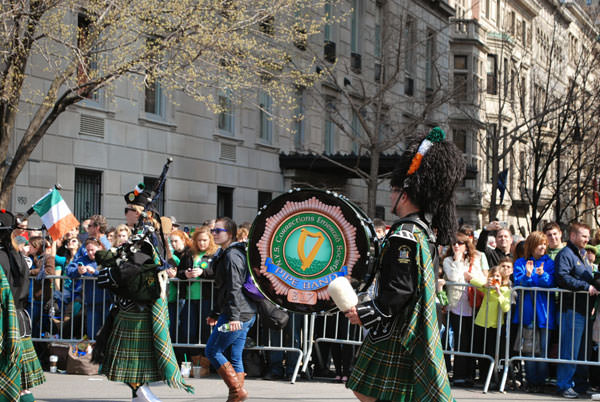 Saint Patrick’s Day is one of the most extraordinary events that take place in the city. Loads of people flock to the streets and gather along 5th Avenue, where they can view the marching bands and floats. Everything is colored in green (the Irish’s color), from painted green faces to green beer. 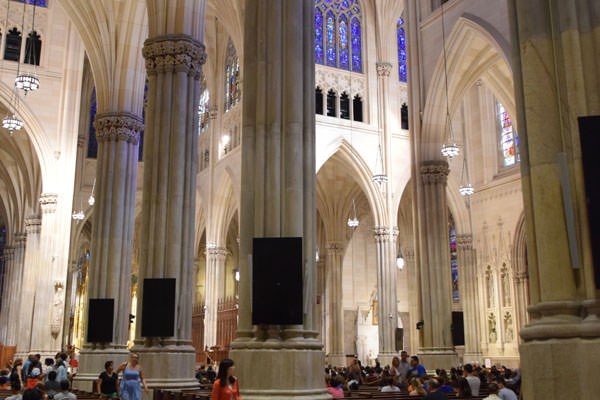 For more than 130 years, the Cathedral of St. Patrick is for many a spiritual refuge, welcoming all those who seek tranquility and renewal. For all Parishioners and community members along with travelers from all over the world is the center of Catholic life in the United States. For many others, St. Patrick is a symbol of New York City and a national landmark. Today, the Cathedral serves more than five and a half million visitors each year as a house of prayer and a place of hope.

A New York Vacation in Spring - How to plan it