You are here: What to see | Neighborhoods | The Historic District of Central Park West

Around New York with Irene Itinerary

You may ask yourself -- is there a real competition between the two Upper Sides? As far as I am concerned, I have always preferred the Upper West, no doubt, where my family and I lived before I was shipped off to college. Want to know the reason why I would always pick the West Side over the East Side?
Not so much for Central Park itself which is equally accessible by both sides but mainly for Riverside Park along the Hudson River. The beautiful park that runs along the Hudson River starting from Battery Park all the way up to the George Washington Bridge & 179th Street and then further up to reach Fort Tyron & the Cloisters. Some sections are quite unique, 12+ miles of biking and running paths. So if walking seems too much, you can always rent a bicycle and ride!
I also love how more "family-oriented" and "low-key" the Upper West Side is in comparison to the more "snobby" East Side. Plus, I love the area around Columbia University and Harlem West so rich in history, architecture, and delicious food!!

But let's go back to our Central Park West and start walking from the corner of Columbus Circle and 59th street for a pleasant Tour of the Upper West Side.

What to do in Columbus Circle

We begin to walk uptown along Central Park, we will have the opportunity to meet historic buildings, luxurious residences, and famous museums. Already at the corner with 62nd Street, we find one of the most prestigious buildings -- Century Apartments Inc 1931 condominium in Art Deco style. It was built at a cost of $6.5 million and designed by Irwin S. Chanin's studio.

Arriving by 66th Street, you can enter the park for a visit to the new Tavern On the Green which was renovated last year. Built-in 1870 to a design by Calvert Vaux, it was used to house the sheep that grazed in Central Park; Tavern on the Green has proudly served residents, presidents, artists, actors, and visitors since 1934.

Between 71st Street and 72nd Street, we find The Majestic, a skyscraper ending with two towers on the top. The steel-framed building was built in 1930-1931 and designed in Art Deco style by the architect Irwin S. Chanin with some assistance from his French partner, Jacques Delamarre.
The building was originally designed to be a 45-story hotel, but due to the Great Depression and the passage of a law that limited the height of the buildings adjacent to the street, it became a residential building but it was allowed to build the two towers.
The Majestic replaced the previous Hotel Majestic, which had been home to Gustav Mahler and Edna Ferber, among others. Now The Majestic has 238 apartments and is one of four buildings on Central Park West that have two towers, the others are -- The San Remo, The Century, also designed and built by Chanin, and The Eldorado.

Always on 72nd street, here we find also The Dakota, considered among the most prestigious residences and where Yoko Ono still lives today and where John Lennon was tragically assassinated right outside the building in 1980. You can enter the Park here and visit Strawberry Field in memory of the legendary Lennon.


Where to eat near Central Park West

You only have to choose! Although, you have to move to Columbus or Amsterdam Avenue to find eateries, bars, and restaurants as Central Park West is mostly non-commercial. If you want something informal you have Shake Shack for a classic Burger and adjacent to it an excellent Mexican with Café Frida. I have included some restaurants on the map and if you want you can take a look also at the Shopping & Food for more tips and pieces of advice.

At 76th Street, you will find the New York Historical Society Museum open every day, except Mondays, from 10am. This Museum will introduce you to the history of New York City through works of art, manuscripts, furniture, and more. The visit will take you at least a couple of hours.

Then, you must absolutely take a whole day to enjoy the Museum of Natural History with the adjoining Rose Center for Earth & Space ... It is a magical place and if you are traveling with children, it's perhaps the best museum to visit.

At 85th Street, you enter Central Park again until you reach the Jaqueline Kennedy Onassis Reservoir, it is one of the many small ponds in Central Park with beautiful views of Fifth Avenue and the Guggenheim Museum to the east. For those who remember the movie with Dustin Hoffman -- The Marathon Man, you will immediately recognize this area.

Map: What we find on Central Park West 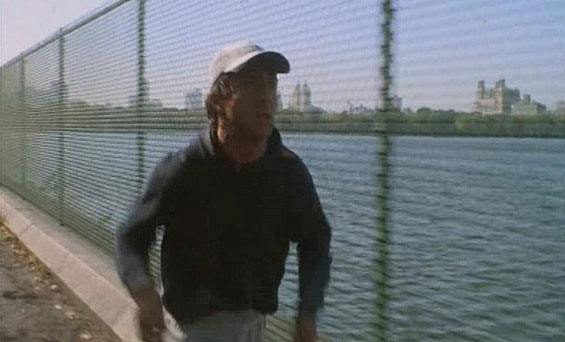 Are you looking for famous movie sets in NYC? We can actually see them together during one of our tours in NYC. In the meantime, this is a fun video on the differences between the New York in the movies and the real New York!

A few more steps and here we are at the gates to Harlem. On the way back, enter the park, cross the North Woods, a beautiful oasis of peace, walk to the Conservatory Garden, exiting the Vanderbilt Gate, you will find yourself east on Fifth Avenue ... another story and another tour for some other time!

Upper West Side & Upper East Side