Chelsea is a neighborhood on the West Side of the borough of Manhattan in New York City. The district's boundaries are roughly 14th Street to the south and the Hudson River and West Street to the west, with the northern boundary variously described as 30th Street or 34th Street, and the eastern boundary as either Sixth Avenue or Fifth Avenue. 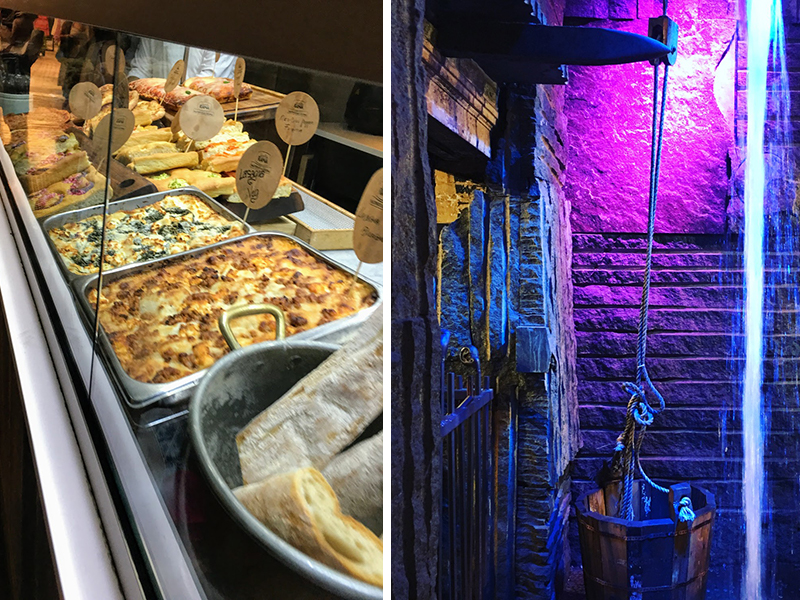 The High Line passes under the Chelsea Market, a food hall, at 15th Street. A spur connecting the viaduct to the National Biscuit Company building splits off at 16th Street; this spur is closed to the public.

Chelsea Market: one of the top tourist destinations in the city

Before it became the New York icon that it currently is, the Chelsea Market was actually a factory for the National Biscuit Company, also known as Nabisco.

Even in its early days, this building brought about one of America’s most beloved treats: it's where the Oreo Cookie was invented. That’s right, even before its food court and foodie-mecca days, the soon to be Chelsea Market was already breaking into the culinary world.
Occupying a full city block bounded by Ninth and Tenth Avenues, and 15th and 16th Streets, in the hyper-hip Meatpacking District – The High Line passes through the building – Chelsea Market helped revitalize the entire neighborhood.

The atmosphere and the environment is outstanding. The decor is post-industrial. Shop-lined tunnels, with stripped-down brick and pipes, giant factory fans, sanded steel doors, corrugated ceilings, stone benches, salvaged architectural artifacts, works of arts, and possibly the biggest attraction, a deep well fed by a gushing overhead drainpipe that changes colors all the time – spreading sense of humor, stimulating smiles.

So when you visit the Chelsea Market, don't just bring a big appetite. Bring your sense of adventure and contemplation as well.


Where eating: Restaurants and more

MAP - DIRECTION &  THINGS TO SEE NEARBY