You are here: What to see | Neighborhoods | Financial District & Battery Park

Battery Park is located on the southernmost tip of Lower Manhattan. The park takes its name from the artillery battery of approximately 30 cannons that were here built to defend the harbor of New York while it still was a Dutch colony. Battery Park was the center of "Evacuation Day" celebrations, which commemorated the departure of the last British Troop after the American Revolution and the end of the war.

The modern-day park was built on a landfill during the 19th century and is now an escape from the highly developed and chaotic lower Manhattan. Within the park lies Castle Clinton, a fort built at the beginning of the 1800’s on a small island then called West Battery, which was subsequently united with the mainland thanks to the landfill. Many celebratory monuments are located within the park: the statue of the Florentine navigator Giovanni da Verrazzano, the Memorial to the Korean War, the merchant Marine memorial and more.

Not to be missed in Battery Park 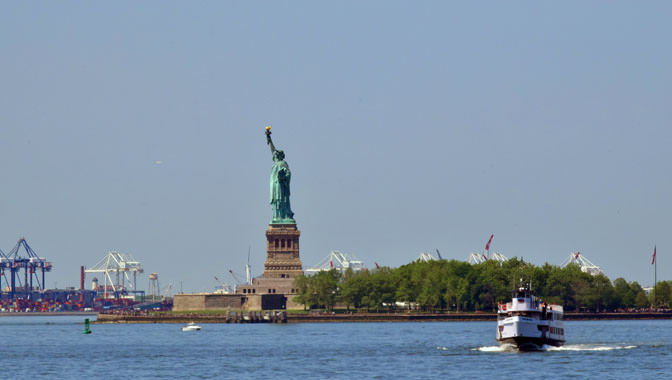 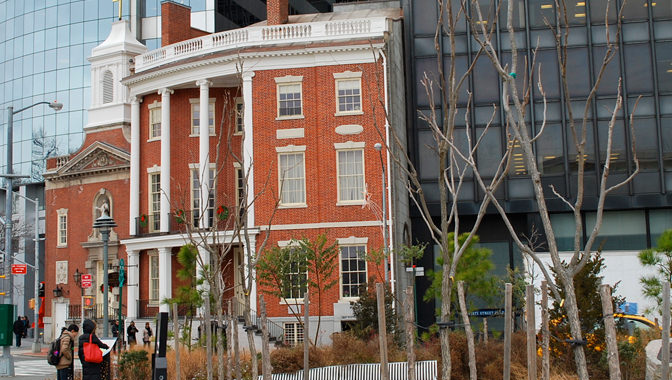 Surrounding Battery Park, Financial District is the heart of the financial world, here the Stock Exchange and major financial corporations are located. Many of the early 20th century buildings are now being converted to residential uses and hotels, restaurants and shops are arriving. Strolling in the Financial District does give a sense of an earlier New York.

Wall Street gets its name from the wall built in the 1650s to protect the Dutch Town form attacks of Native American tribes and British colonies. The wall was dismantled at the end of the 1600’s but the name of the street remained. Wall Street’s history originates from the gathering of merchants and speculators to trade goods. It was in 1792 that the traders formalized their association and created the Buttonwood Agreement, which started the New York Stock Exchange

Not to be missed in the Financial District

With the daily Hop On Hop Off PASS you have the chance to admire all the major attractions and monuments comfortably seated on board the famous Double-Decker Bus with live narration and licensed tour guide!

You can review the information on this package here - DownTown Hop On Hop Off.

Looking for a Hotel in The Financial District? Select dates

While Battery Park overlooks the New York Bay, going up East, just a bit above you find South Street Seaport and the Pier 15 from which you have other beautiful views of the East River and the Brooklyn Bridge. The area is still under renovation, unfortunately the old Pier 17, which stood just adjacent to the Brooklyn Bridge, was dismantled after Hurricane Sandy in 2012 and in its place is an all-glass building that will host restaurants, bars and shops.


If you want to organize personalized tours by foot or by car with a local guide around New York City as well as outside the city, fill out the form below