Main Menu
You are here: What to see | Parks | Bryant Park

Bryant Park - Where is it located & What to do

Categories: What to see - Parks
Page Index – Bryant Park - Where is it located & What to do

Bryant Park in New York: Where is it?

During your visit you will discover that New York's Bryant Park  is one of the many small city parks found in Manhattan; the city is rich in small green corners and parks, but since Bryant Park is right in the middle of  the most trafficked area packed with visitors, commuters and workers alike, it still remains one of the most visited parks definitely worth a stop to snap some photos or perhaps just to watch the "world" that passes by all around you.
Bryant Park is located behind the New York Public Library and overlooks Sixth Avenue (aka Avenue of the Americas) its current appearance dating back to the last renovation from1980 that lasted 4 years. The project was developed with the support of the New York Public Library and the Rockefeller Brothers Fund in cooperation with the City of New York and the Department of Parks and Recreation.

The Map of Bryant Park and Surroundings


Things to See Nearby


What to See inside Bryant Park

Among the monuments found inside the vibrant park, we would like to point out: The Josephine Shaw Lowell Memorial fountain in pink granite that was designed by the architect Charles A. Platt and given to the city in 1912. Walking on the left-side is the statue of William Earle Dodge (1885) brought to Bryant Park in 1941, his previous position was Herald Square. The park takes its name from the poet and journalist William Cullen Bryant and to represent and honor him, you will find his statue, as well as a bust of Goethe and Gertrude Stein (1794-1878). Moving eastward, you will find the kiosks that host several cafes with outdoor spaces, excellent to find some relaxation during long walks. But to the delight of children, here is one of the most popular attractions: The Carousel.

The Skyline formed by iconic skyscrapers and historic buildings surrounding Bryant Park is stunning, starting with the Republic National Bank Building of 1902 (corner of Fifth Avenue) - The Engineers Club of 1906 (No. 3 West 40th Street) - The American Standard Building of 1923 ( 40th West) - The 1904 York & Sawyer Architects Daytop Village is located at No. 50 West 40th Street - The Bryant Park Studio at No. 80 West designed by architect Charles A. Rich in 1901. On the map, above, we point out the attractions and monuments that are nearby.


If you love the Tourist Buses, aka the famous Hop on Hop off, take the Downtown Loop and get off at the stop n. 6 and walk around the neighborhood. Or, if you prefer to be accompanied by a local tour guide to get better knowledge of Manhattan and its surroundings, choose from one of our Walking Tours found here on the sidebar.

What to do in Bryant Park: Summer and Winter

Activities and events taking place in Bryant Park are many in both Summer and Winter, making it one of the most visited and experienced "meeting points" for both New Yorkers and tourists alike. During the Summer the Park hosts the Outdoor Film Festival and shows with various artists.

In Winter, instead, there is the popular ice-skating rink and during the Christmas Holiday Season, the famous Bryant Park Holiday Market with the lighting of the Christmas Tree.

With our Newsletter you can stay informed and up-to-dated on all latest news and events that take place in Bryant Park year-round. 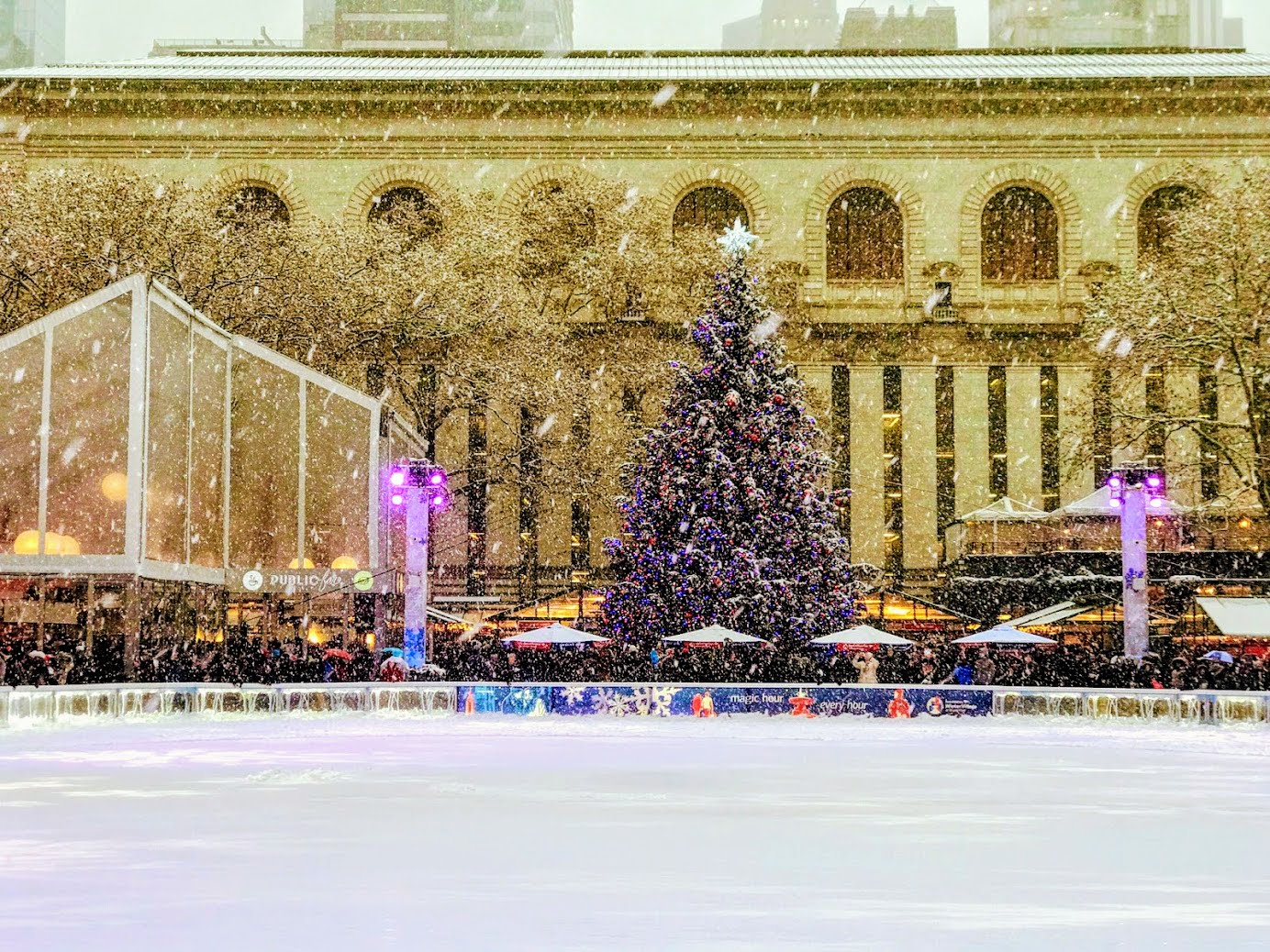 Bryant park during the Winter months is a true "Winter Wonderland" for young and adult. The park starts gearing up for Christmas at the end of October with the Christmas & Holidays Market and the Ice-skating Rink. In early December, they also do the Christmas Tree Lighting Ceremony accompanied by a live show on ice (each year is different). You will also find a "food hall" with plenty of food and drink options including hot chocolate, churros, waffles, polentas, fries and much more! 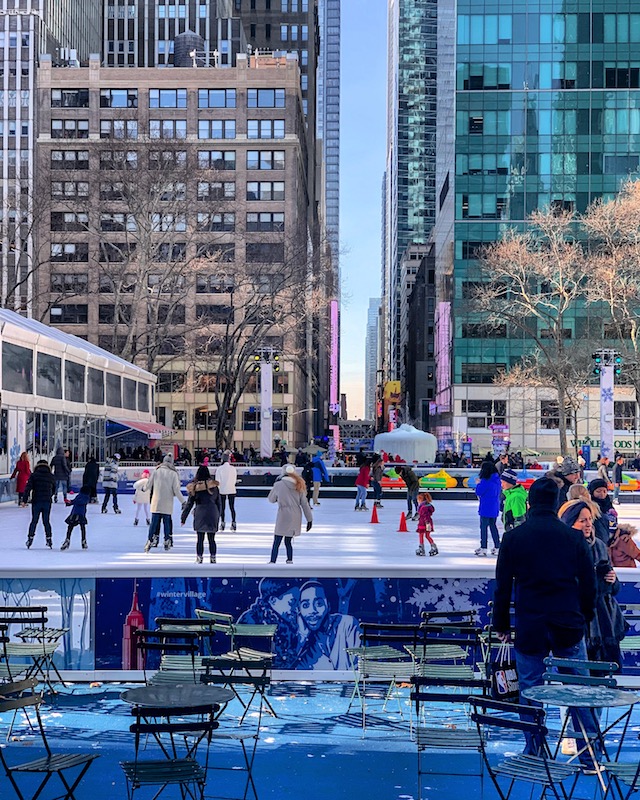 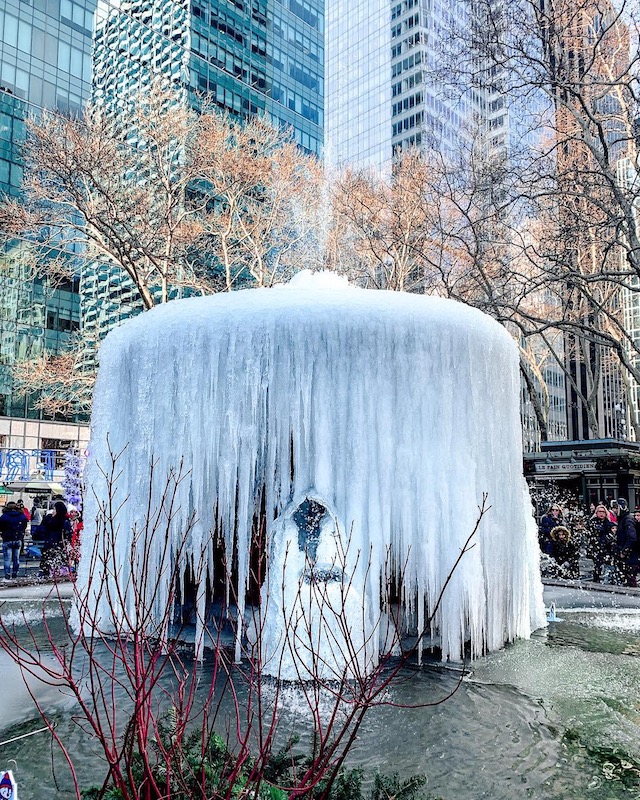 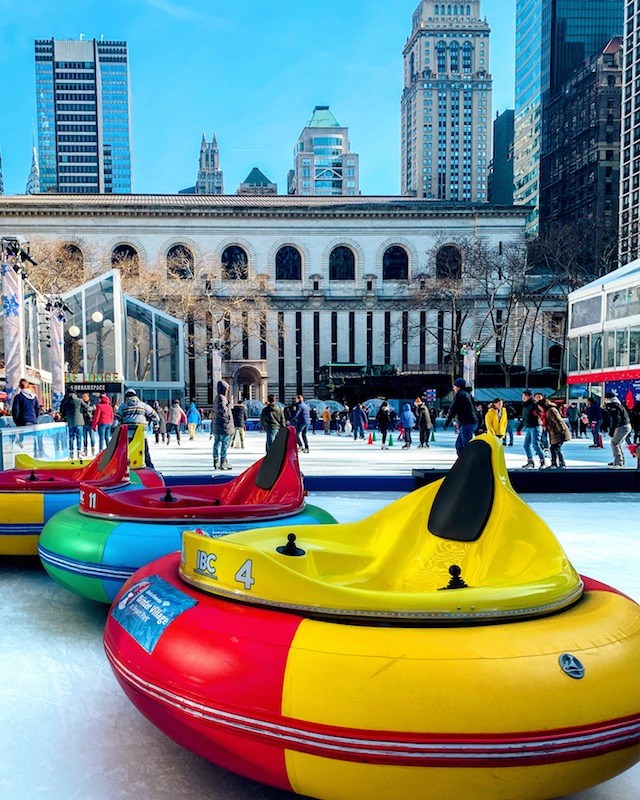 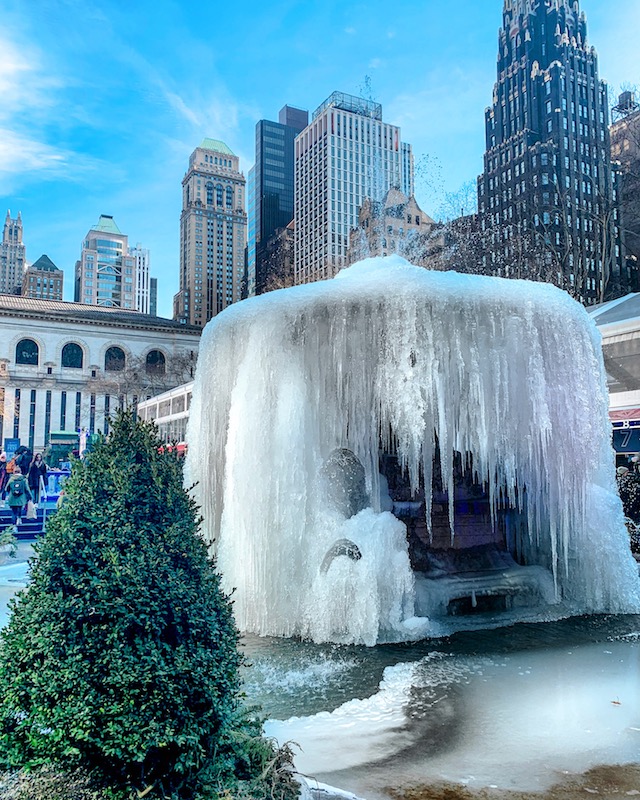 The Old East Side Tour
From 75.00 USD
We are your local Tour Agency in New York City