Main Menu
You are here: What to see | Monuments & Attractions | Times Square

The Most Famous "Square" In The World

Times Square is not an actual square, is an intersection between 2 main avenues: Broadway and 7th Avenue. The square is named after the famous newspaper, the New York Times, which moved here its headquarters in the 1970s. Times Square has become the most visited place in New York City. Thousands of thousands of visitors come here every day to experience the spectacle of neon lights and giant LED screens.

The portion of Broadway between 42nd and 47th street is closed to traffic and it is accessible only to pedestrians. Here you will find umbrellas, tables and chairs available to everybody. Just sit down and enjoy the frantic and frenzied life of this famous square.Times Square is also the home of New York New Year’s Eve celebration, when the ball drops down from the spire of a Times Square building and the countdown begins!

How to get to Times Square - Map

Times Square is really located in the center of Manhattan and there are many metro stations that serve it. The lines that arrive directly at Times Square are the N Q R W and get off at 42nd Street on 7th Ave.


Where to eat in Times Square

If you want to stop for something to eat during your visit, you will be spoiled for choice ... from sliced pizza for $ 1 (approx) to the most classic restaurants. We want to point out some of our choices:

If you decide to sleep in this area of Manhattan, well you can find everything, from the 5 Star Luxury Hotels to the Comfort Hotel and the Budget Hotels, it's always difficult to go under price, while it is very easy to have bad experiences. We point to you some famous hotels .. 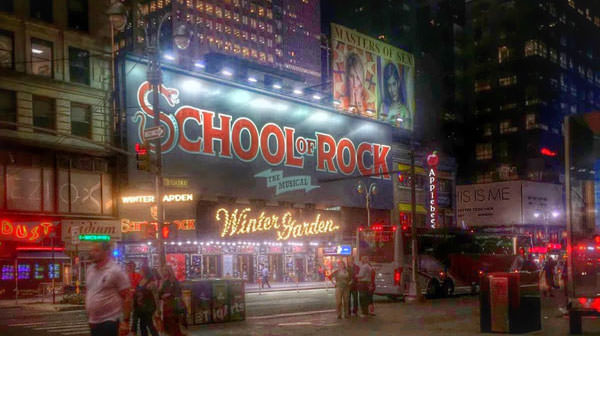 Times square is the home of many world-famous theaters, here the most famous Musicals are performed every day by award-winning actors. Musical like the Lion King,  Phantom of The Opera, Chicago reach thousands of viewers every week.

Some of these theaters have a centenary history, and for New York it's not too small! The oldest Broadway theaters are:

We offer Orchestra, Front Mezzanine and Premium Tickets at a discounted price! Please check-out the complete List of Shows and Musicals --


Traveling to New York? 3 Articles to learn how to get around the city

Manhattan The Classic
From 65.00 USD

Musicals on Broadway
From 110.00 USD
We are your your local Tour Agency in New York City

Your peers love it!
Your vacation, your way!
Free cancellation
BECAUSE IT'S OKAY TO CHANGE PLANS